The National Identity Card, (NIN) is issued in Nigeria to the citizen, this is mandatory to very Nigerians, for proper capturing of individual data into the Nigerian database, the NIN is free, How Do I Register For NIN Number Without paying many Nigerians fails to recognize the importance of the National Identity card which has led the government to take a proactively steps towards achieving its goals.

Recently the federal government of Nigeria also gave directives to all communication network providers in Nigeria to link up numbers with the National identity number (NIN).

Those who failed to adhere to the rules are to be deactivated away from the networks. This made Glo, Mtn, and others start linking up customer numbers to the system.

The federal government of Nigeria said the registration is free and at the initial stage no cost was attached but right now applicants complaining of being charge.

The Technical Assistant on Information Technology to the minister, Dr. Femi Adeluyi, on Saturday made a statement in Abuja saying;

“ The National Identity Number is completely free for all Nigerians and legal residents with Resident Permit from the Nigeria Immigration Service.

It sounds like a joke, the fact remains, what applicants are saying is true, a woman in Ogun state this morning said 2100 Naira was demanded from her.

We thought the person in question was joking until another driver said he is being charged the same amount after receiving the registration form.

NIN is free: How Do I Register For NIN Number

The federal government of Nigeria wanted to lift the burden of the citizens by ensuring the registration process comes free to the people.

The federal government said all the burden has been shoulder and according to the report released it revealed that the government Is not demanding for any amount, which makes the exercise to be completely free.

NIMC has been instructed to investigate the allegations to bring the perpetrators, if any, to book.

If the Federal Government said the process is free, those in charge or their members shouldn’t see the urgency in getting the registration done as a miss to extort the citizens of Nigeria.

You will need a miss of identification, if you are to show you for the completion of the exercise at any NIMC Enrolment Centre go with your BVN and any of the following required Original and Valid documents to support your claim.

We are taking you through a financial journey on Fitafaj.com.ng. 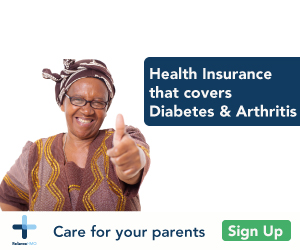